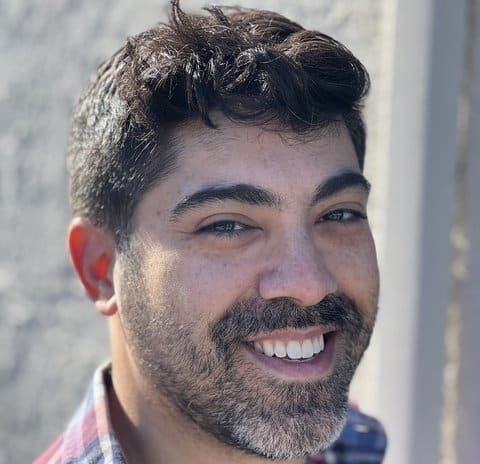 23 Jan Q&A: Still Without a Contract, Union President Says Teachers Are Running Out of Options

Posted at 16:32h in Education by Danielle Parenteau-Decker 0 Comments

“A strike is our last resort when negotiations fail,” said John Zabala, president of the union that represents teachers and other workers in the West Contra Costa Unified School District. (Courtesy of John Zabala)

With the start of the third academic quarter, the United Teachers of Richmond is still without a contract with West Contra Costa Unified School District. The union represents nearly 1,700 teachers, counselors, psychologists, speech pathologists and nurses in the district.

Richmond Pulse talked to UTR President John Zabala about the current state of negotiations and pay teachers in the district receive. This interview has been lightly edited for clarity.

Richmond Pulse: What is the status of negotiations between United Teachers of Richmond and the school district?

John Zabala: We are at an impasse in negotiations that occurred on Nov. 17. That means that both sides feel that they can no longer negotiate, and so our impasse was sanctioned. We have already gone through a mediation process. The mediation process: We sat in a room, the districts’ representative sat in a room, and a mediator went between us to see if he can negotiate a deal. We had two dates, and the last date was the 11th. On the 13th, we received an email that we have been released from the mediation process to the fact-finding process. In the fact-finding process, both sides will present to a three-person panel, the neutral arbitrator and then one person appointed by each side. After that, there is a recommendation generated by the mediator by the fact finder that both sides have to consider. At that point, we are legally allowed to strike. We are getting towards the end of the legal options available to us, and we are concerned that the district is not taking seriously the needs of the educators and the district. This contract expired in July 2022. We’re concerned right now people are applying for jobs, and that instability is going to cause another mass exodus, like the historic one we had last year of 225 credentialed employees.

JZ: I want to make very clear as the representative of the educators in the district: We do not want to strike. We want to work. We want to serve the children of the community. That’s what we signed up to do. That’s what we’ve been doing. That’s what we’d like to continue to do. A strike is our last resort when negotiations fail. We believe many educators have given up so much of themselves over the course of the last few years, that this is our last recourse to remain competitive for educators to come work in this district. We can’t abdicate our responsibility to having qualified credential professionals in every classroom. So for us, though, it’s painful for us and our students, we believe it’s an act of justice. We believe it’s an act of love to care for the students in the long term to fight this fight now.

>>>Read: ‘We … Put Ourselves Last’: Former WCCUSD Teachers on Why They Left the Classroom

Teachers have given up their prep periods for the last two years: their contractual rights to have time to write papers, to make copies for the following day, to prepare their lessons. They have been giving it up all over the district, because we are so short of teachers. We started the school year with about 10% of our student population without a permanent certificated teacher. That means that our teachers, if they teach six periods, and there’s a seventh period school, they’re teaching that seventh period to make sure the students get their needs met.

RP: Why is it important for teachers in the school district to have a higher wage, including paraprofessionals, especially with current inflation?

JZ: We have 22 special education teachers coming in from the Philippines. We were in a meeting with the district, and we were talking about, oh, we need to get donations for socks and towels and linens. I was glad we were being proactive, but I felt so sad. We had to get donations for people who are first-year teachers. It’s incredibly expensive to live in the Bay Area. And the work[‘s pay] unfortunately doesn’t keep up with [its] demands.

There’s such a shortage of teachers that school districts are essentially poaching from one another. We are seeing districts settling contracts where they will take your entire career experience. So you can go from being a veteran teacher in West Contra Costa to another district that pays you more and get the same sort of level of status in terms of where you would land on their salary schedule — we’re union, so it’s all set. So that means that we’re in a poaching game with one another.

RP: What can teachers, students and the community do to support UTR in their current negotiations?

JZ: We have a rally Wednesday, Jan. 25. We’re asking people to come, tell their stories to the school board. Don’t need to be angry, we don’t need to make up lies, we need to tell the truth, because the truth is devastating. We’re going to be starting a community campaign, looking at local businesses to get involved.

If you have a neighborhood school that you know, connect with the teachers there, ask them about upcoming actions and events, and email the school board, email the superintendent, because this is going to come down to decisions on their end.

RP: Is there anything else that you would like to add?

JZ: One of our big fights in this contract negotiation isn’t just salary, it’s community schools. We’re trying to get language in the contract around shared decision-making about how site funds are used for community schools. We think this is a beautiful opportunity to show some of the challenges challenge and the hidden gems of West Contra Costa because we’ve been a community school district for about 20 years.